I had always thought that there was no such thing as ‘conjunction’.

I had this tendency of writing it off as a mere association of ideas by people, as a result of the mind’s ability to move beyond space and time and bring things together. I have had too much within the last few weeks to simply wave them away. How can I ignore the fact that just last week Jude Thaddeus Langeh sent me a link to a book he had just published The Relevance of Gandhi’s Doctrine of NonViolence: Africa Needs Gandhi, and this week we had to watch a movie/documentary “In Search Of Gandhi”. Going through the movie, two things struck me – first the fact that I began to question the notion of India being a “democracy” as I realised that the concept was itself suspect.  Secondly I realised there was a vast contrast between what Gandhi believed and professed and what the average Indian politician today believes. Not that I expected them to be similar, but there was this yawning gap between the ideology that created the nation and the ideologies that are aiming at sustaining and developing the Nation – a gap that cannot be ignored. 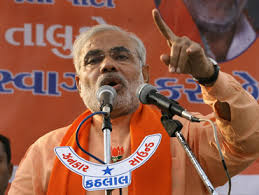 It is common knowledge that since independence, India has faced and still faces several challenges ranging from religious violence, casteism, terrorism and regional separatist insurgencies. Since the 1990s terrorist attacks have affected many Indian cities. India has unresolved territorial disputes with the People’s Republic of China, which, in 1962, escalated into the Sino-Indian War, and with Pakistan, which resulted in wars in 1947, 1965, 1971 and 1999. There are still high levels of poverty in a land of affluence and present trends suggest that the gap between the rich and the poor may be taking an upward trend. These are just a few of the visible problems which can be associated with India but as I went through the that movie, I could not help but notice that all of India’s visible problems are simply effects of an invisible problem, the problem of the ideologies that drive India’s day to day activities. What are these ideologies? What are their roots? Who benefits more from them – India or another Country or organisation? Have these ideologies been thoroughly examined to ascertain their suitability to the Indian experience, with some focus on her unique

history and culture? These and many other questions kept running through my mind as the movie and discussions progressed. I could not stop myself from concluding that these questions and more where actually what needed addressing if one is to begin thinking about resolving issues not only in India but in most of the developing world today.

I immediately saw in India’s case a reflection of most of the Third World’s problems today. They had been caught in the whirlpool of globalisation illusions. And what this amounted to for any developing nation was the erosion of their ideological authenticity. While this may sound like painting a bleak picture, the reality is that even in the field of economics where globalisation can be said to be most successful, there is still a huge question mark. While it is a fact that globalisation can make the conditions for investment in

poor countries more feasible and enhance the movement of capital into these regions, available evidence makes me feel that the poor countries got integrated into the global economy through the wrong end. To see Indian politicians involved in the reproduction of poverty and destitution in the name of creating Specialised Economic Zones made me feel like weeping. How could one in his right senses dig up a hole to fill another. Gandhi made what could have been considered to be a hard statement that “Western Democracy is a diluted form of Fascism.” At first I could not fully grasp what he meant especially with the oft-made statement that “India is the world’s largest democracy.”  After watching reading Langeh’s work and watching that movie, many pieces fell in to place – what people actually meant was that India was on the verge of becoming the world’s largest Fascism.

Pope Paul VI (1967 35, p. 22) held the view that “…economic growth depends in the very first place upon social progress: thus basic education is the primary object of any plan of development. Indeed hunger for education is no less debasing than hunger for food: an illiterate is a person with an

undernourished mind.” I  think that the first step for India should have been serious education of its people. An education which will lead to the total liberation of the Indian people, and not simply enslave them to some defunct economic and political ideologies as happens to be the case with many educated person in most third world countries. It can only be through mental liberation, that every Indian will regain the sense of personhood and the boldness of asserting it before the international community. What I instead saw was a case where poor people who could not afford basic education and shelter where being driven out of their homes in the name of attracting FDI. With an under-nourished population who will be able to regulate or even benefit from these investments?

The argument that day in class was that every country does some lobbying to attract FDI. This is where my problem lies. Every country is not the same and nations cannot simply do things because others are doing it. Can the Indian government regulate the activities of a Multinational Corporation in the same way the UK or the USA will do? I don’t think so.  Miller pointed out that  “Shell Oil’s 1990 gross national income was more than the combined GNPs of Tanzania, Ethiopia, Nepal, Bangladesh, Zaire, Uganda, Nigeria, Kenya and Pakistan—countries that represent almost one-tenth of the World’s Population.” (Miller 1995, p. 35) With such figures, can there be any doubt as to why and how Shell was able to buy-off their involvement in perpetrating the loss of human life and destruction of livelihoods in the Ogoni – shell saga that led to the killing of Ken Sero-Wiwa and eight others in 1996?

I hope I don’t get misunderstood here. It is not as if I have a problem with FDI or multinationals. Like  McCormick argues , “multinationals are a powerful force for good in the world. They spread wealth, work, technologies that raise living standards and better ways of doing business. That’s why so many developing countries are competing fiercely to attract their investment.”

I totally agree with him but what he fails to do is say in what direction the wealth is spread and whose standards of living is raised and who gains from the better ways of doing business. What he gets right though is that developing nations are competing fiercely for their investments. And this is where  I have another problem. This competition has made many so blind that they see only an end and neglect the means that will lead to that end.

According to Langeh’s analysis, Gandhi, was preoccupied with the problem of means and ends. In his Satyagraha, he propounds the non-duality of means and ends. The means precede the ends in time but there can be no question of moral priority. Truth is inseparable from non-violence and the method of achieving and clinging to the truth is non-violence. Gandhi therefore, referred to non-violence as being both the end and the means. He goes on to state that shortly before his death, Gandhi commented in a prayer speech in New Delhi that “means and ends are convertible terms.” The dialectics therefore that can lead to sustainable growth in Indian life and for most Third World Nations has to take this ideal

This however, will require a philosophical re-articulation of the Indian reality; a re-articulation because of the history of bastardisation of the intrinsic realities of Indians. It should be a philosophy of “existential hermeneutics” of self-rediscovery of the past, for an adequate re-integration and possible synthesis for a new way of being, doing and saying. In this sense, it should not be a mere mental or metaphysical outlook on life: not a mere ideological, and not even only an existential construct; but something that involves all of the above – a holistic vision and attitude to life. When this is done, there will be little reason to go out in ‘search’ of Gandhi because the ideals he fought and died for will be there for all to see. 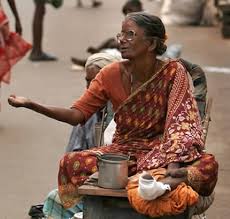 May be I am getting it all wrong. May be India is actually a democracy and the dividends are there for all to benefit but unfortunately some people happen to be looking at the wrong places or… may be they keep coming a bit late. May be the politically motivated religious violence that are threatening the very fabric of Indian society are all the benefits of this democracy. May be…  I do not know the meaning of ‘democracy’ in the first place and that is why I am getting it all wrong. Good enough a thing, next week’s lecture will be on ‘Democratisation and the State’ – though it will be looking at the case of Latin America, I will surely use the opportunity to lay to rest my confusion about the concept of democracy.